Paris Motor Show 2022: hydrogen revolution is on – HYVIA is on the road, made in France

PARIS MOTOR SHOW 2022: HYDROGEN REVOLUTION IS ON HYVIA IS ON THE ROAD, MADE IN FRANCE 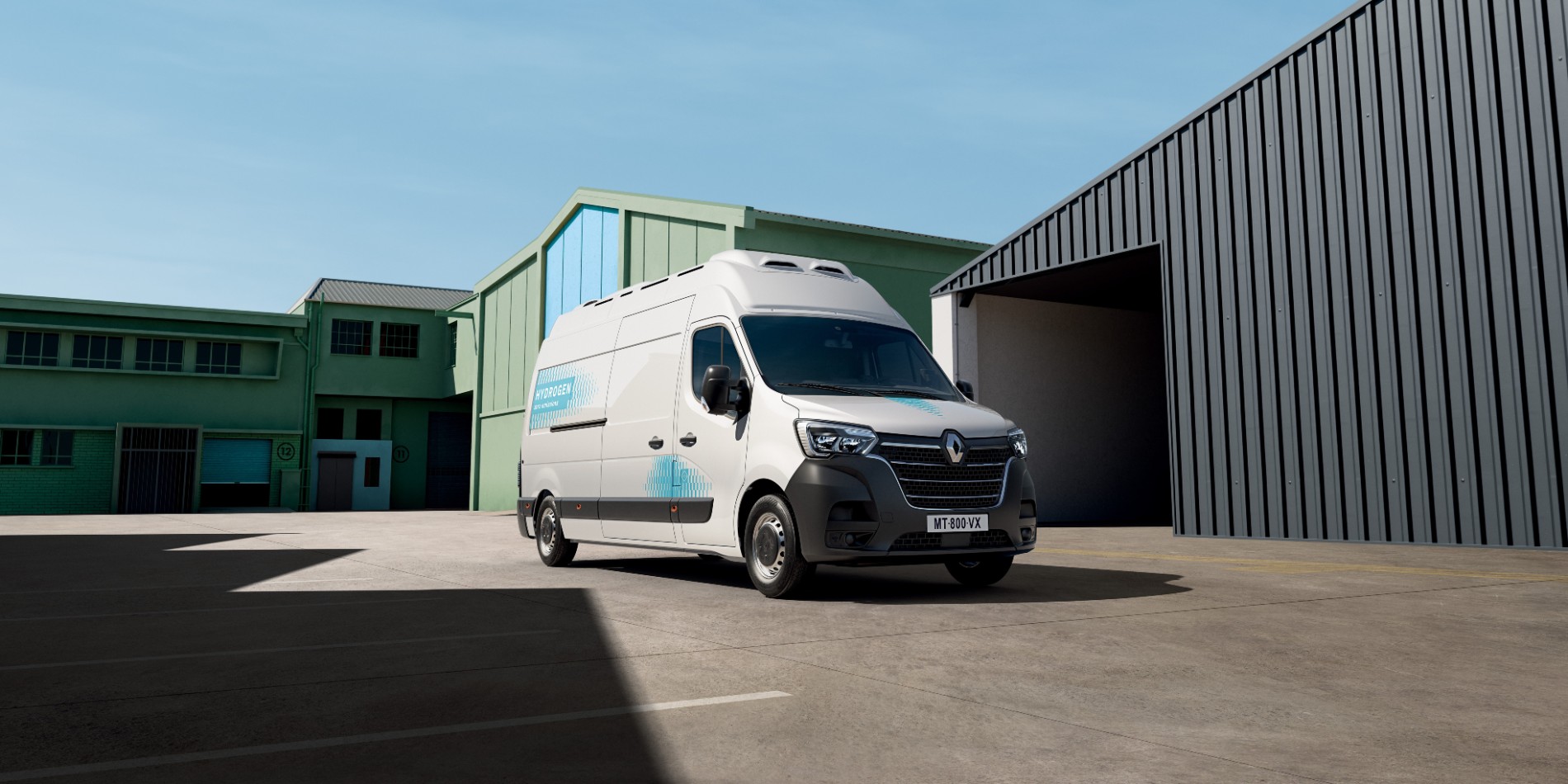 HYVIA unveils the production version of Master Van H2-TECH going on the road, made in France

– Main advantages: zero emissions, 5 minutes refueling time and 400 km range.
– Master Van H2-TECH is a hydrogen-powered large van, with a loading volume of 12m3, adapted to the transport of goods and packages, that meets the needs of professionals for their intensive usages. It is equipped with a 30-kW fuel cell, a 33-kWh battery and tanks containing 6,4 kg of hydrogen (4 tanks of 1.6 kg).
– And an important asset of the van: a height of 1m80 in the cargo area, allowing to stand inside and to ease organization and delivery of goods and packages.
– On the booth, Master Van H2-TECH is displayed with a H2 refueling station and a fuel cell prototype, as well as a H2 tanks demonstrator by FORVIA. This demonstrator illustrates the integration of the hydrogen tanks on the vehicle. FORVIA is a strategic partner for HYVIA, also part of the Important Project of Common European Interest.
– Master Van H2-TECH is made in France: vehicle production at Batilly plant, fuel cell assembly and testing in Flins at HYVIA plant and fuel cell integration at Gretz-Armainvilliers near Paris.
– 2023 Bookings are now open on HYVIA new website hyvia.eu.
– Find all the technical specifications of the production version of the van on the QR code below. 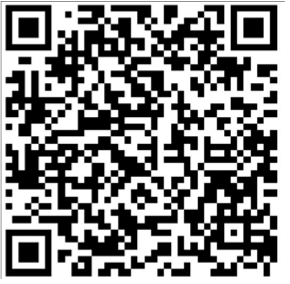 – It is a major step for its future development.
– HYVIA will get support from the French government for the development of several generations of vehicles, and for the growth of its fuel cell plant, inaugurated in March 2022.
– Being part of this IPCEI will generate partnerships with many other French and European actors.

HYVIA is initiating tests with innovative and valuable partners

At IAA Transportation Hanover in September, HYVIA had announced its first partners for the pilot phase:
– In France, CHRONOPOST, French leader in express delivery, ENGIE, a global reference in low carbon energy and services, ORANGE, one of the leaders in telecommunications services in France and around the world, as well as EQUANS, world leader in multitechnical services.
– In Germany, HAMBURGER HAFEN UND LOGISTIK AG, a major European logistics company, PACKETA, a digital platform for e-commerce and solutions for parcel delivery across the world, and MAXIMATOR HYDROGEN GmbH, leading provider and developer of hydrogen refueling stations and H2 technologies.

HYVIA is preparing the future

Master City Bus H2-TECH prototype is also on display. It is an urban minibus to carry up to 15 passengers, ideal for businesses, municipalities, and local public services.
– The distribution network of the minibus is taking shape with partners such as PVI (France), MELLOR (Sweden, Norway and Finland), TRIBUS (Germany, Netherlands, Denmark, Belgium and Luxembourg) and QIBUS (Italy).
– The first pilot customers: RATP Dev, a major player in passenger transport in Europe, B.E. GREEN, a pioneer in zero-emission bus rental in France, MILLA, a pioneer in autonomous buses in France, and STROOMLIJN, a public transport specialist in Netherlands.

Last but not least, a strategic asset of our ecosystem: after-sales is being set up with the training of pilot dealers in Europe. 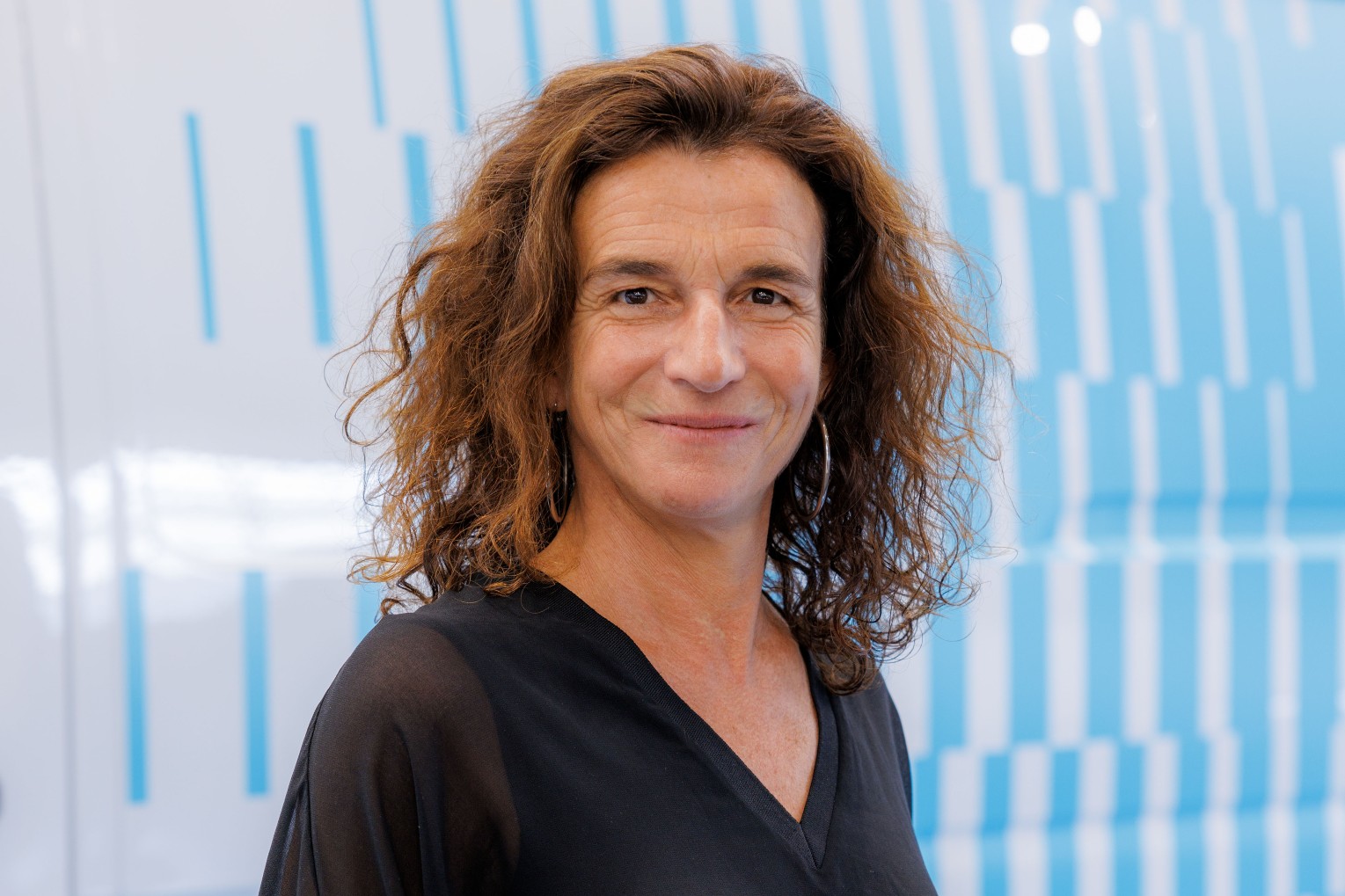 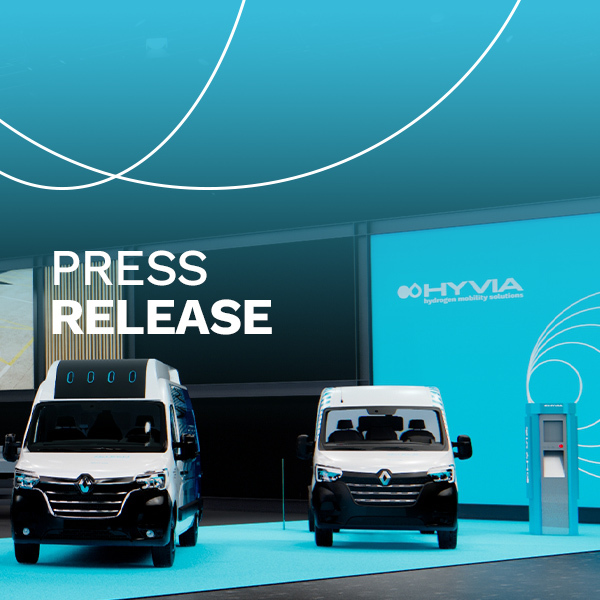 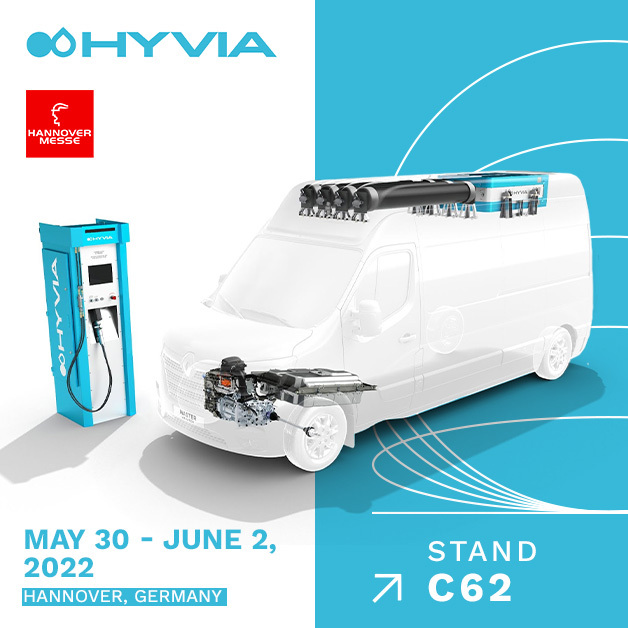 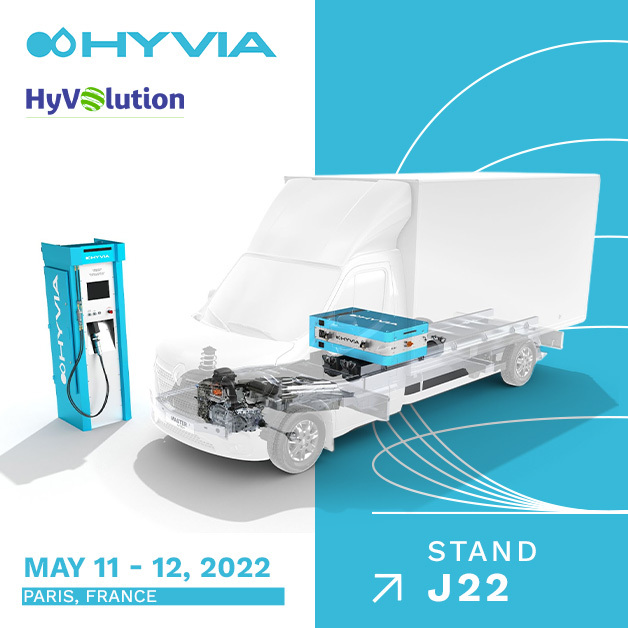 HYVIA back to Hyvolution with Renault Master Chassis Cab H2-TECH

Download
Hyvia and its partners use cookies that are strictly necessary for the operation of its site, or whose purpose is to measure traffic and performance, allow you to interact with our content via social networks, or to ensure the security of the site.

You can personalize your choices, accept or refuse cookies using the buttons below, except for the cookies that are strictly necessary for the operation of the site. You have the possibility to withdraw your consent or change your preferences at any time by clicking on the link “Manage consent” found at the bottom right of the page.

ACCEPT ALL REJECT ALL

Certain cookies are necessary for the operation of the site and do not require your consent. As regards other cookies, stored by us or our partners on your device, they must first be accepted by you before being stored. Our partners may collect and use your browsing data for their own specific purposes, in accordance with their privacy policies. To find out more, click here Cookies Policy.

Your consent is valid only on the website www.hyvia.eu. You can, at any time, change your choices, withdraw your consent by clicking on the link “Manage consent” found at the bottom right of the page
Functional Always Enabled

These cookies enable us to secure the site by detecting whether a user’s behavior is that of a human or a robot, such as, for example, malware. To this end we use Google’s CAPTCHA solution

These cookies are used to measure and analyze the use and performance of the site. This enables Hyvia to carry out studies and statistics on the site, to improve site performance and our understanding of how the site is used and to be able to improve your browsing experience.

Advertisements cookies are used to provide visitors with relevant ads and marketing campaigns. These cookies track visitors across websites and collect information to provide customized ads.